This mission took-off successfully on the 5th July 2019 from Vostochny, Russia, at 05:41 UTC. The primary payload onboard this mission was the Meteor-M #2-2 satellite. This satellite was designed to monitor global weather, the ozone layer, the ocean surface temperature and ice conditions to facilitate shipping in polar regions of our planet. The satellites onboard this Soyuz rocket were successfully delivered to three different sun-synchronous orbits, which added another level of technological complexity to this mission.

On this mission, Exolaunch successfully provided comprehensive launch, mission management and integration services as well as deployment solutions to 26 cubesats and 2 microsats from their customers based in Europe, the USA, the Middle East and South America. The mission was very diverse and included 26 cubesats ranging from 0.25U to 16U, 2 microsatellites and CarboNIX, our new shock-free microsatellite separation system with a technological payload.

This was Exolaunch's largest small satellite cluster to date, and it showcased our ability to handle complex launch campaigns for a large number of satellites. This mission utilised the flight proven EXOpod, Exolaunch's proprietary cubesat deployer and EXObox, a sequencer to manage the deployment of up to 50 satellites. Additionally, on this mission, we successfully flight tested CarboNIX, Exolaunch's brand new separation system for microsats.

Two European commercial Earth observation microsats below 100 kg were successfully accommodated and deployed on this mission.

A notable achievement was the successful deployment of the world's first 16U cubesat using Exolaunch's 16U EXOpod deployer. The Momentus X1, or El Camino Real, 16U cubesat was a technology demonstrator for Momentus' water based propulsion system.

This launch also marked the fifth launch and deployment of Lemur-2 3U nanosatellites under the collaboration with Spire Global, a data and analytics company based in San Francisco. Spire's satellite constellation of Lemur-2 nanosatellites provides global ship tracking and weather monitoring. These Lemur-2 satellites carry three payloads: STRATOS GPS radio occultation payload, the SENSE AIS-receiver and an ADS-B payload to aid in tracking airplanes. Eight 3U satellites were launched as part of this mission.

NSLComm's 6U cubesat NSLSat-1, built and delivered by AAC Clyde Space, is the forerunner of NSLComm's planned high throughput cubesat constellation. NSLSat-1 was testing a new kind of expandable and flexible spacecraft antenna which hopes to offer data rates up to 100 times more than is offered by current smallsats.

The fifth and sixth satellites from German Orbital Systems constellation of D-Star ONE satellites were also part of this rideshare cluster. The 3U cubesats were named LightSat and EXOCONNECT.

A 1U technology demonstrator from SkyFox Labs, based in the Czech Republic, called Lucky-7 was also part of the cluster. The main goal of the Lucky-7 is to test the first space friendly electronic spacecraft subsystems and design considerations in combination with modern COTS (Commercial Off The Shelf) electrical components.

SEAM 2.0 (Small Explorer for Advanced Missions) was a project aiming at developing, building, launching and operating a 3U cubesat for science-grade measurements of magnetic and electric fields in the Earth ionosphere. The cubesat was developed by a consortium which brought together eight partners from five European countries

The partnership with the Technical University of Berlin continued and saw five satellites launched on this mission. BEESAT-5 to BEESAT-8 were a picosatellite swarm mission of four 0.25U cubesats each having a mass of 330 grams. These picosatellites were for further development and verification of miniaturized components for distributed pico- and nanosatellite systems in the framework of the PiNaSys II program. Whilst BEESAt-9 was a 1U cubesat that had a primary mission goal to implement a precise position and orbit determination package and to verify it in orbit.

Technical University of Munich's MOVE II mission was funded by the German Aerospace Center (DLR) as an educational project, with the goal to develop a satellite capable of supporting a scientific payload with challenging requirements. The goal of the mission was to test and verify the satellite bus.

The SONATE 3U cubesat mission of the University of Würzburg was a technology demonstrator for highly autonomous payloads. One of SONATE's primary objectives is to verify the key elements of ASAP (Autonomous Sensor and Planning) system on-orbit.

MTCube (Memory Test CubeSat), also called ROBUSTA 1C (Radiation on Bipolar Test for University Satellite Application), was a cubesat project developed and designed at the University of Montpellier. The mission is to characterise the behaviour of COTS (Commercial Off The Shelf) memories in the real space environment against SEEs (Single Event Effects) and compare with radiation tests conducted on the ground and mapping the SEE response of these memories along the orbit. Two more university satellites were deployed successfully as part of this cluster, UTE-Ecuador and TTÜ100. The UTE-UESOR 3U cubesat was a space weather and ionospheric research mission from Ecuador Technological University. TTÜ100 is an educational 1U-CubeSat developed at the Tallinn University of Technology. The primary mission was to test earth observation cameras and high-speed X-band communications developed at the University. 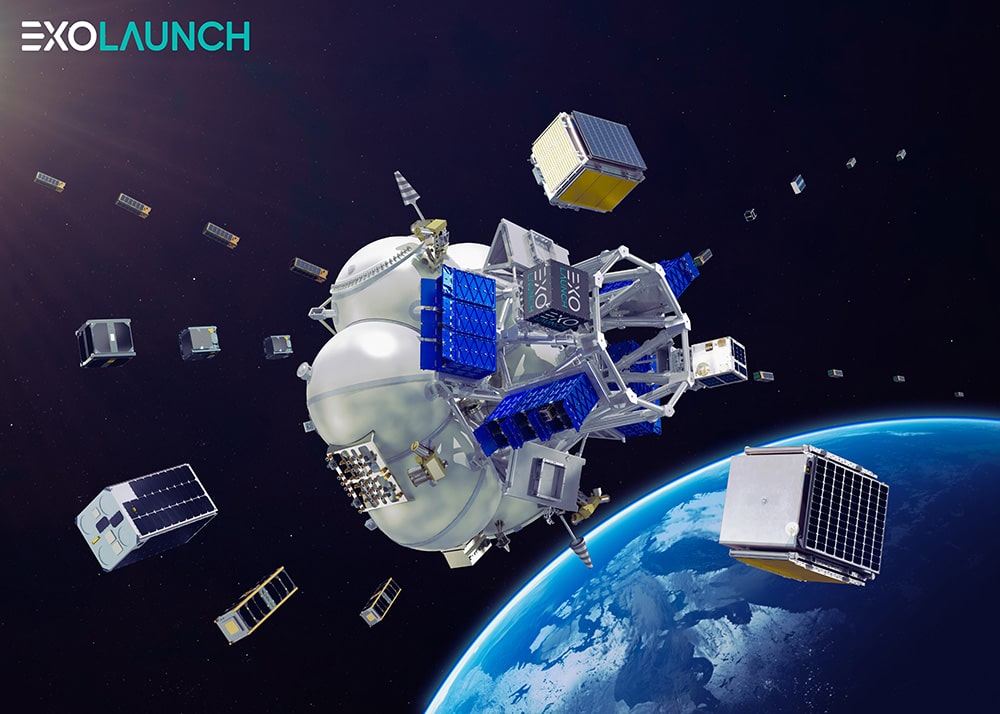 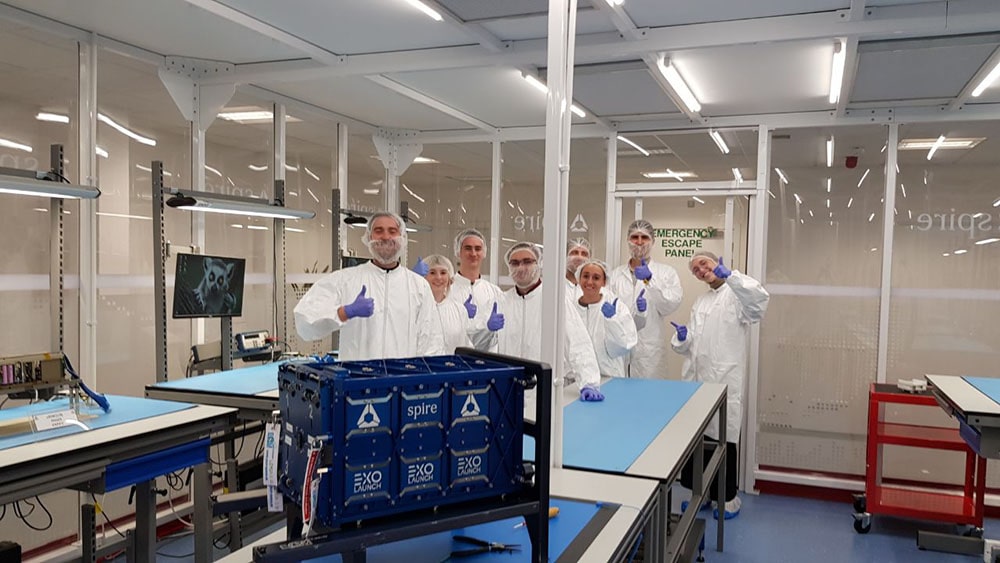 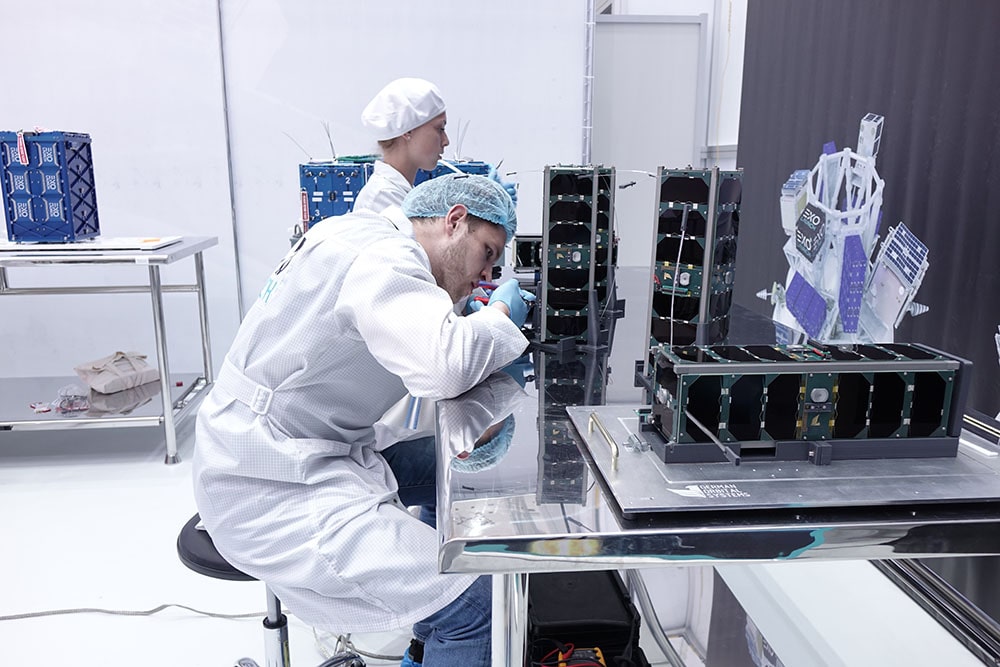 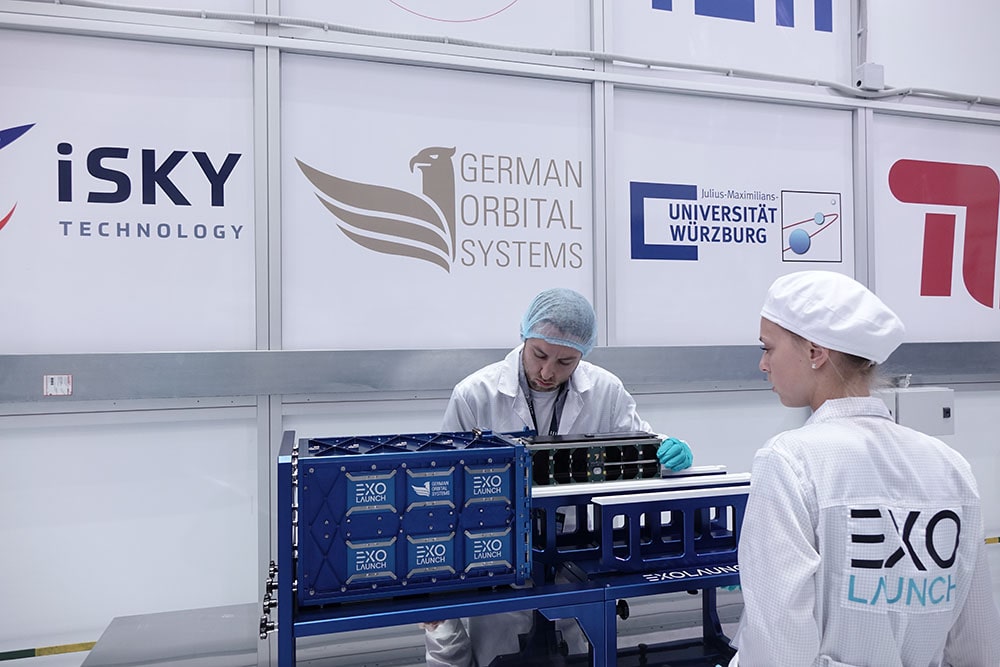 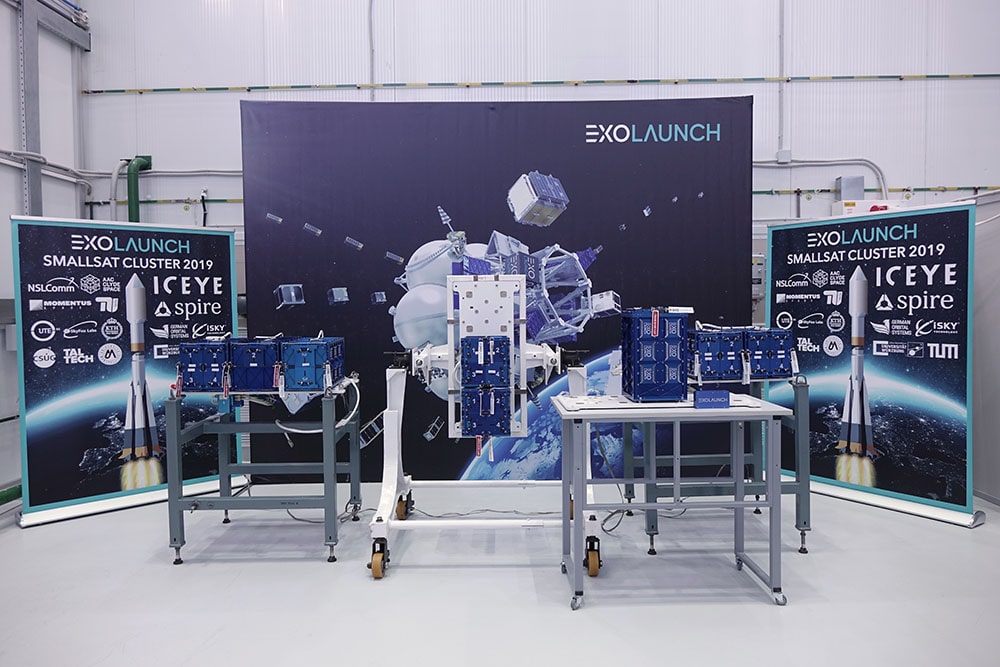 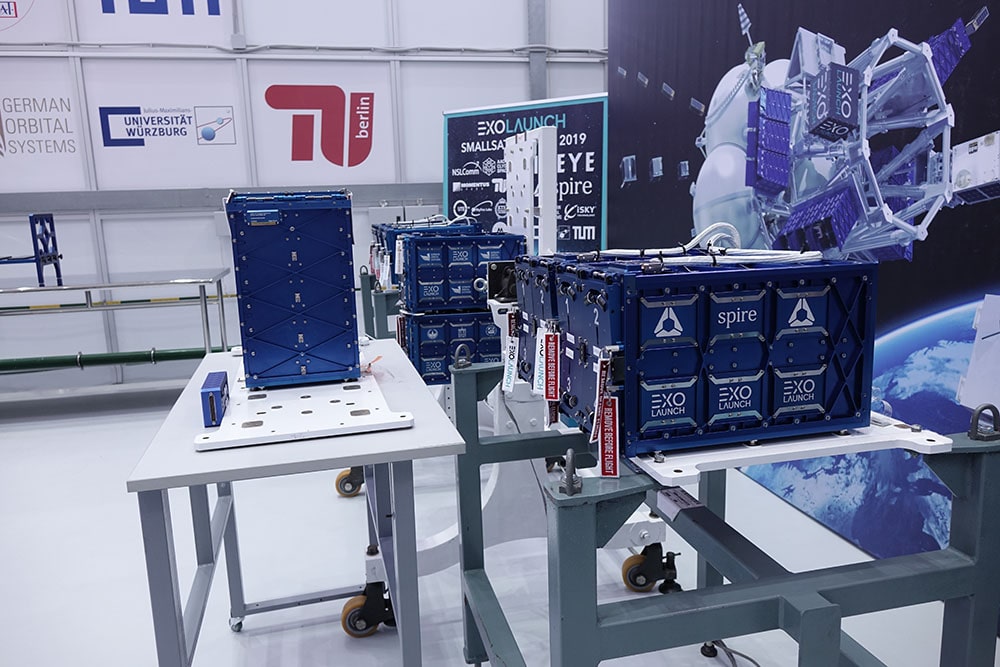 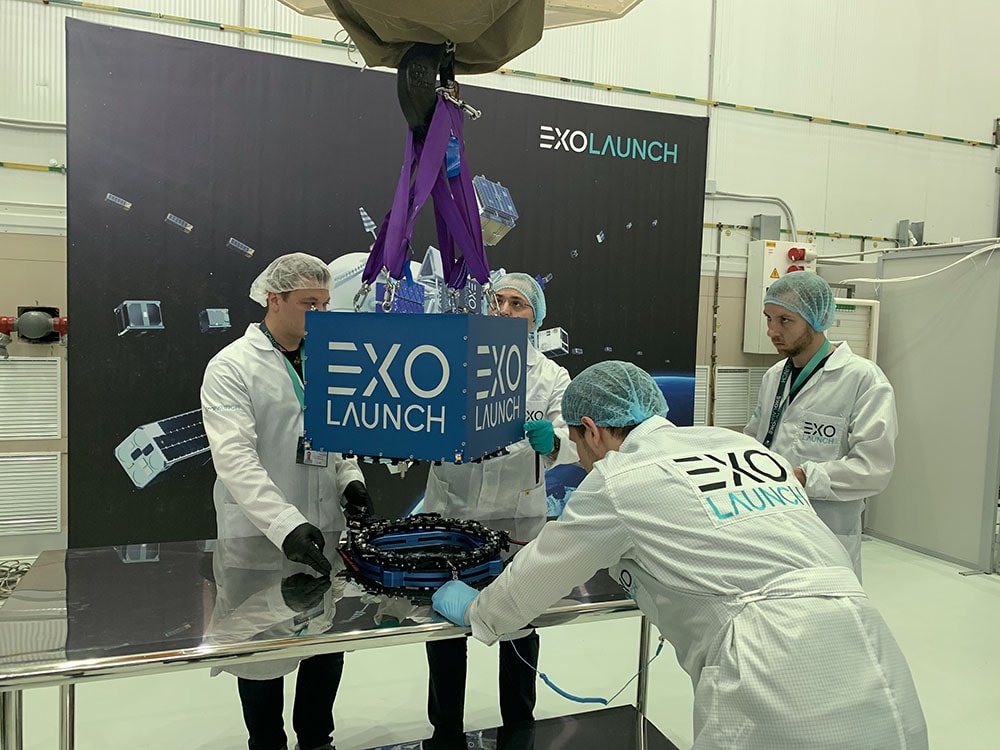 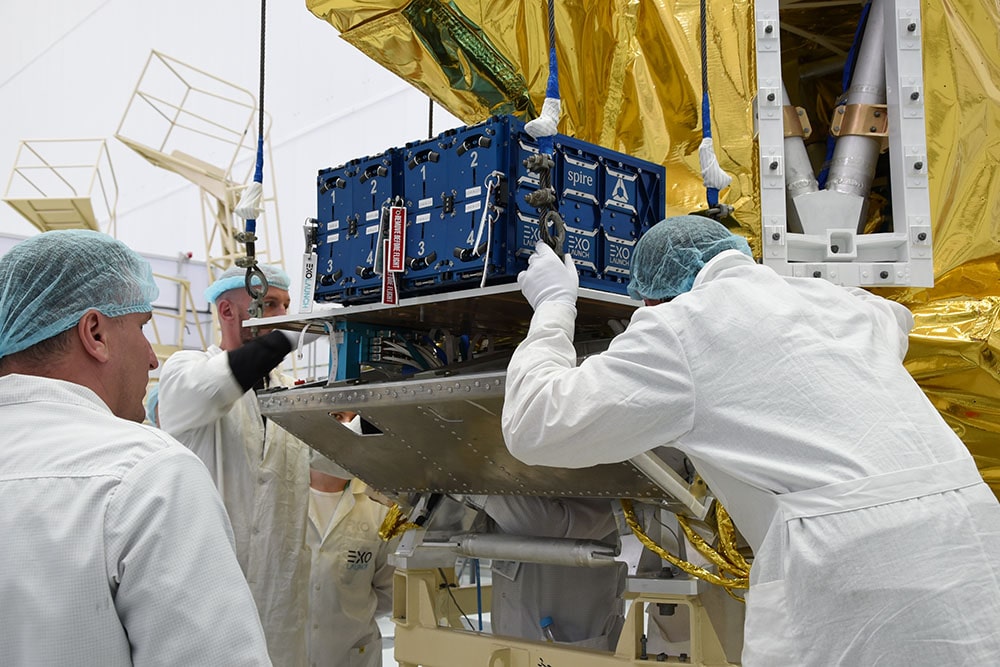 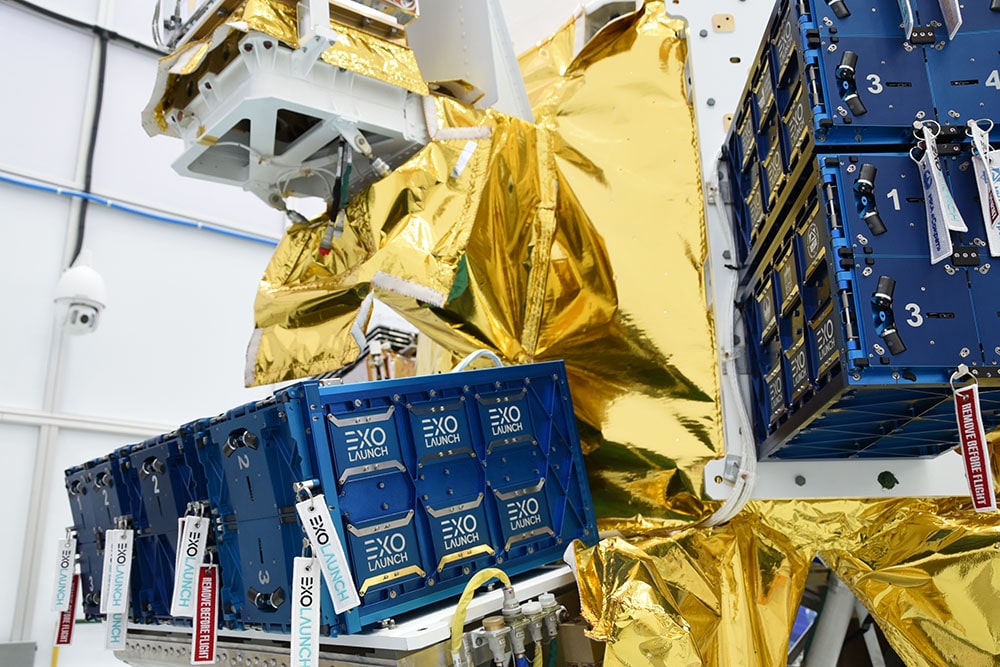 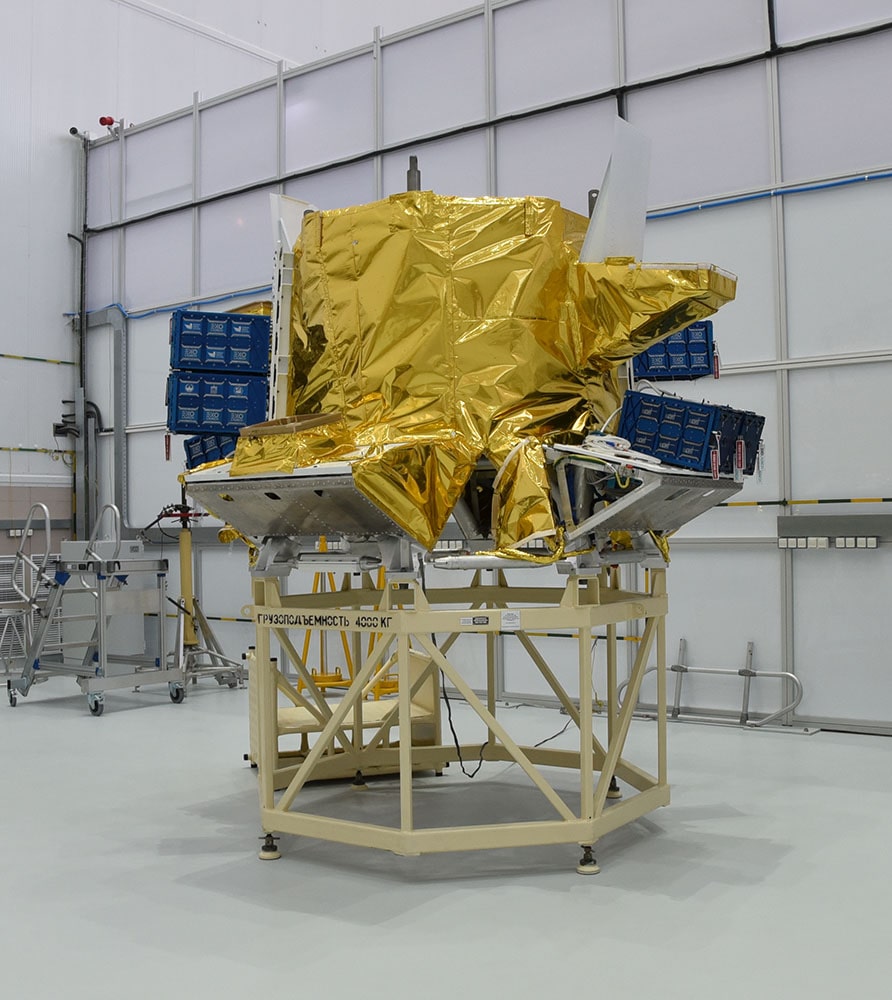 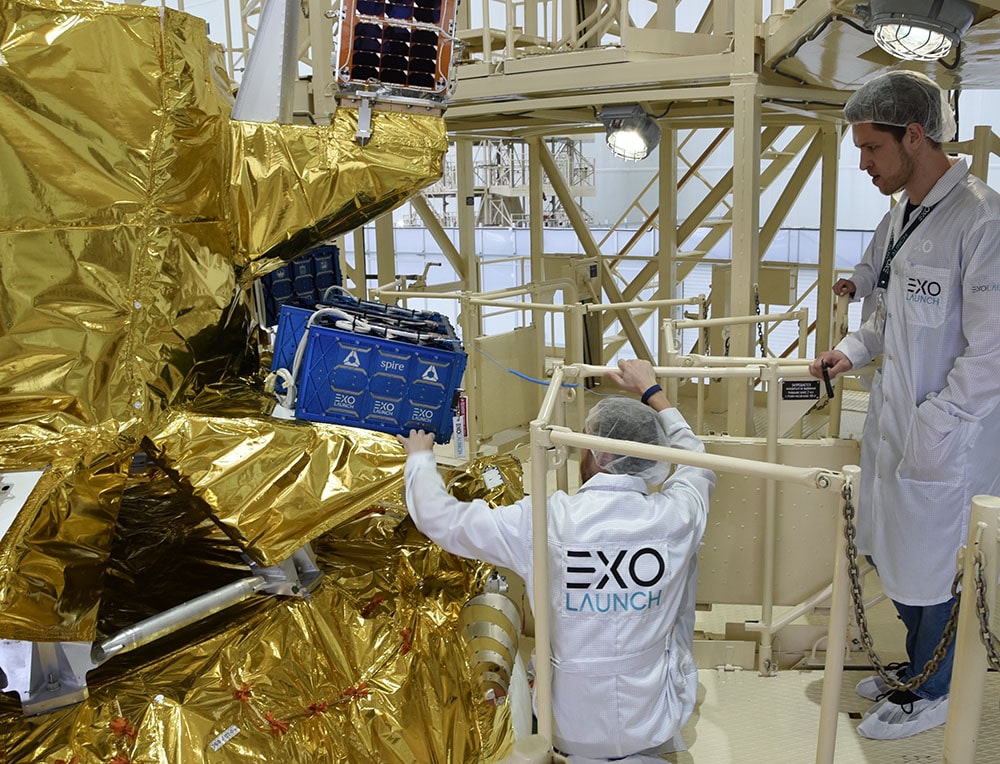 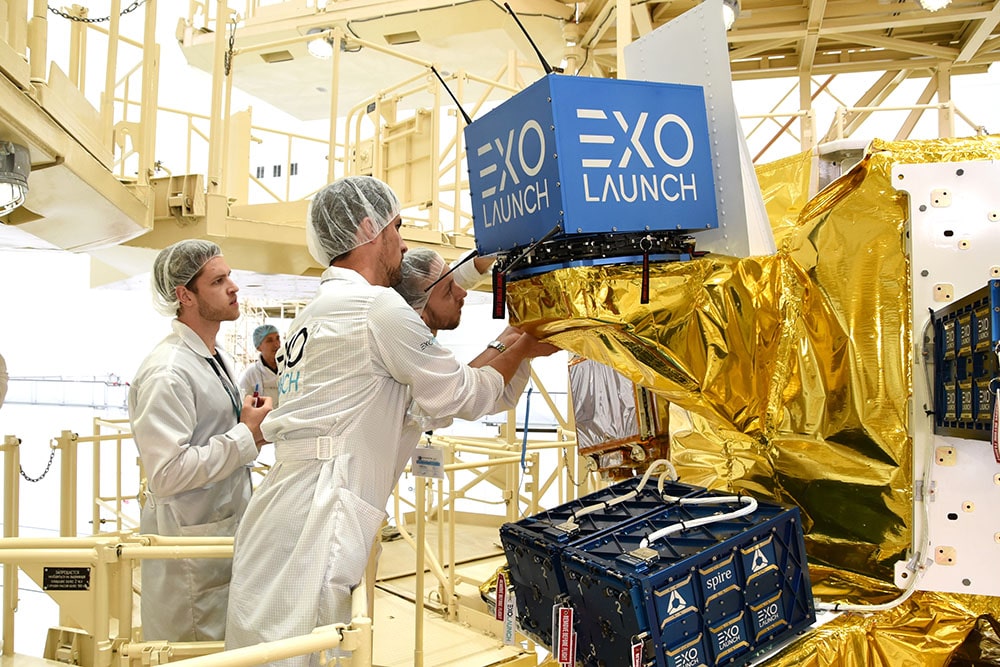 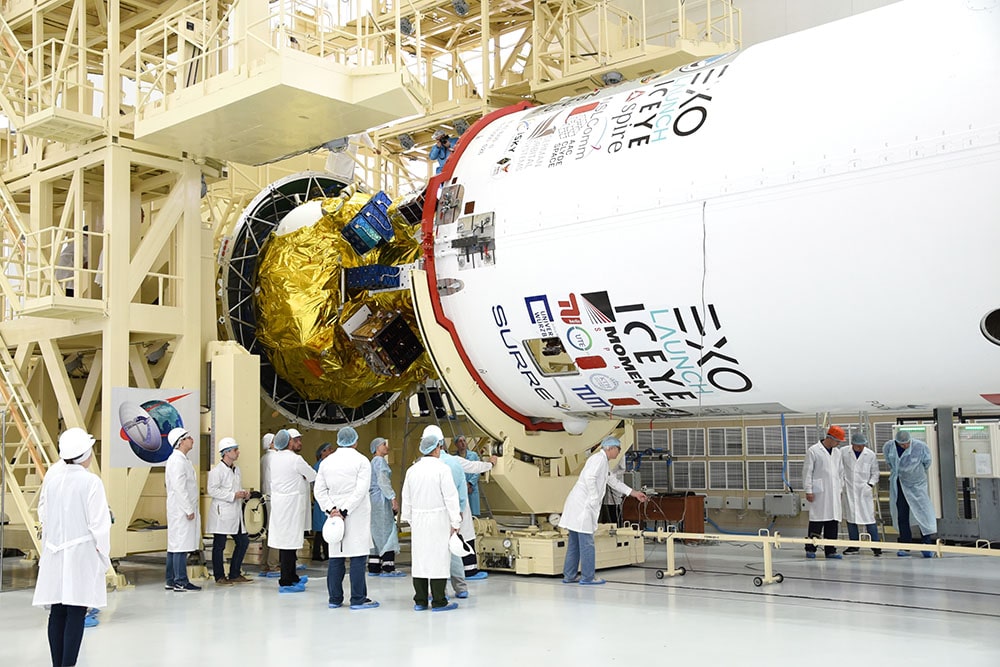 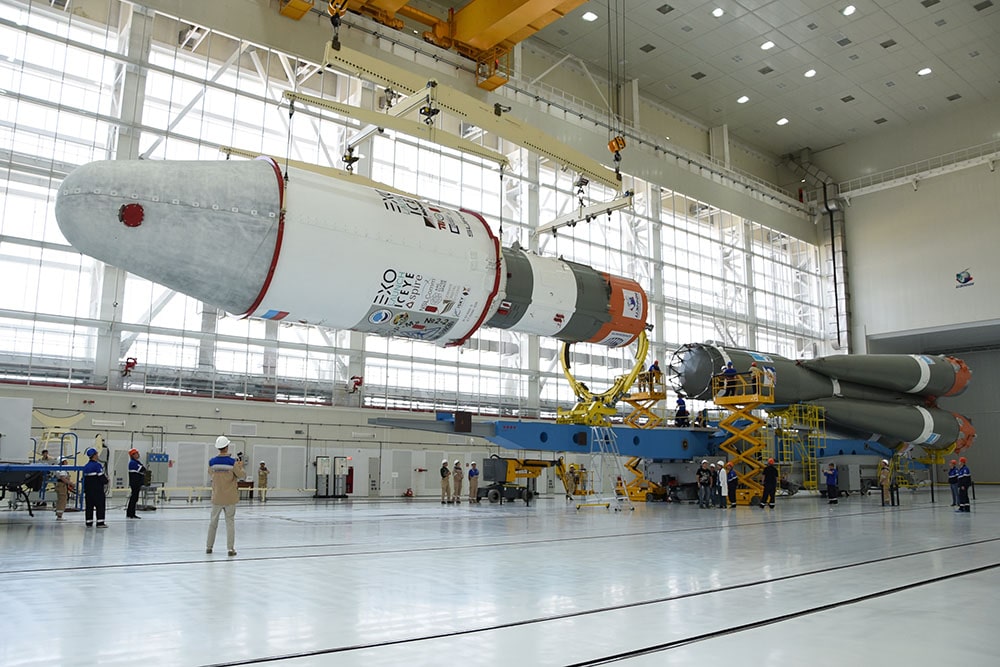 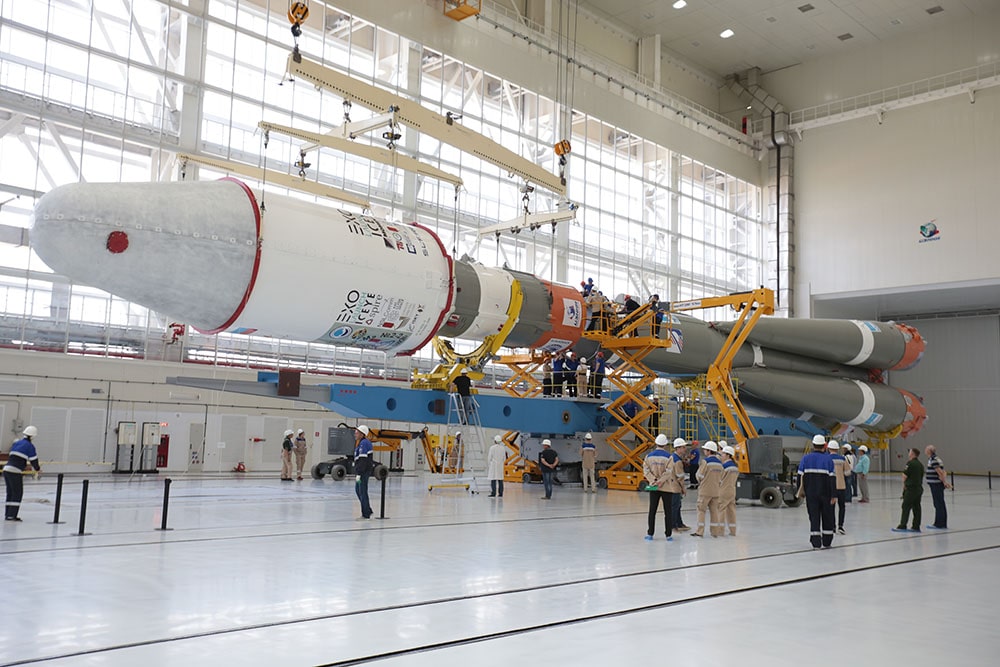 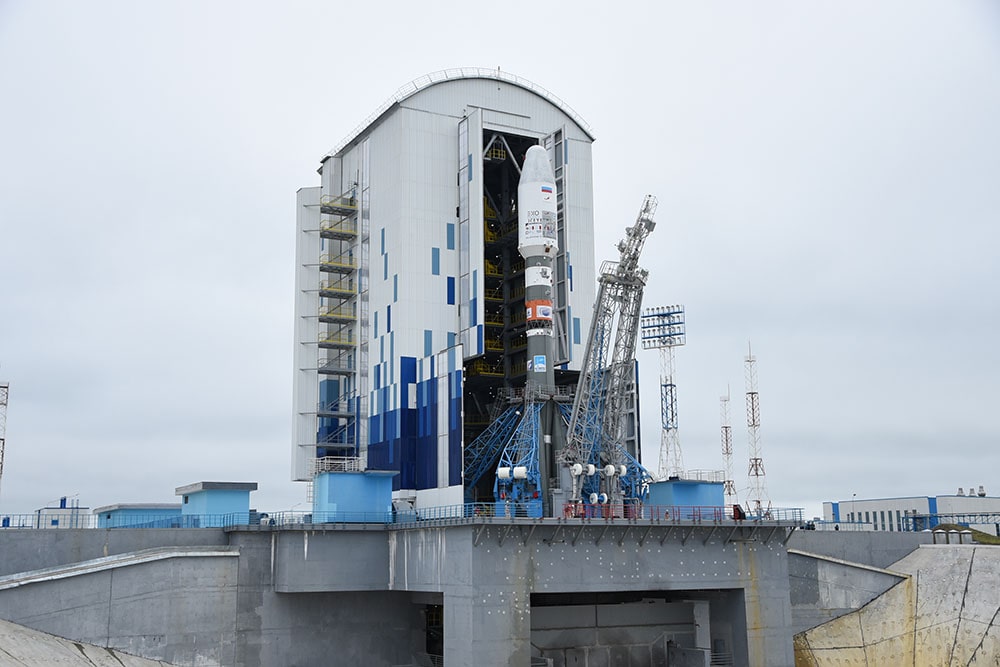 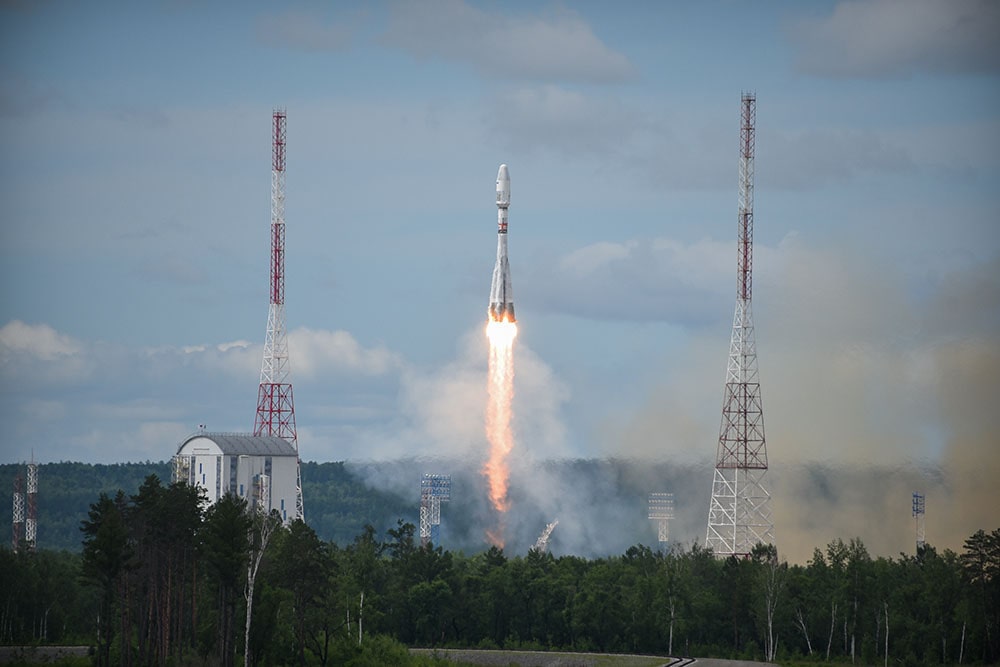